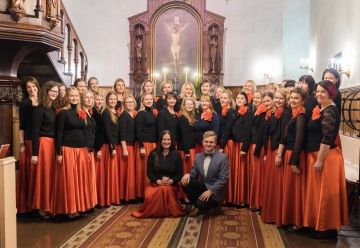 The female choir „Emajõe Laulikud“ from Tartu, with its conductor Vilve Maide has been singing together since 2003. In relatively short time period the choir has become one of the leading female choirs in Estonia. This choir can be characterised as full of joy, personality and courage to act differently and seeking innovative pathways. The choir enjoys both singing together and doing things together. The choir joins mostly young women, who wish, in addition to making beautiful music together, to be active in social life. To further develop the quality of Estonian singing culture we set for ourselves higher and higher targets like performing difficult musical pieces more professionally and commissioning new original music from contemporary composers. From another side, we also are active in developing and enriching the possibilities of entertaining and innovative music. The repertoire of “Emajõe Laulikud” is in permanent development, containing songs from both Estonian and foreign authors, from arrangements of national songs to opera choirs, from church music to pop-music and, naturally, the evergreens of Estonians female choirs and our Song Festivals. „Emajõe Laulikud“ has been participating several competions in Estonia and abroad (Lithuania, Poland, Italy). In November 2018 we won 1st prize in equal voices category in Varsovia Cantat (13 th International Warsaw Choir Festival in Poland). The choir has been participating in several interesting musical projects with different Estonian artists. In 2008 we successfully took part in TV-show “Battle of Songs”. The years 2009 and 2014 are remembered by our singers as the Years of Bringing the Fire: together with Tartu Male Choir “Akadeemiline Emajõgi” we brought the Song Festival Fire all the way through Estonia from Tartu to Tallinn, to the XXV Estonian Song Festival. 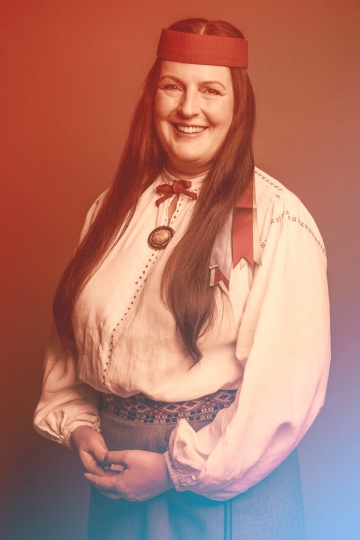