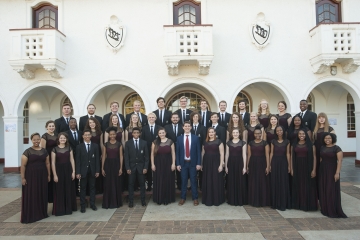 The North-West University PUK-Choir is based in Potchefstroom, a small city in the North-West Province of South Africa. The University Choir was founded in 1955, and since 2012 the choir has been under the inspired direction of Kobus Venter. The overarching aim of the choir is threefold, namely to serve the broad cause of good choral music, to give students the opportunity to hone their talents and develop as balanced people, and to inspire the sense of God’s proximity. People have an innate need for music – therefore the PUK-Choir regularly performs at different types of events: formal concerts, informal performances, weddings, funerals, festivals, competitions, ceremonial events, church services, etc. The choir annually undertakes a concert tour in the RSA during the month of July or November, and concert tours abroad every three years. Various sound as well as television recordings have been made by the choir. Also, besides its normal programme, the choir regularly participates in the performance of larger works, typically with full symphony orchestra. The choir has won double gold medals at the World Choir Games twice - in Riga, Latvia (2014) and Tswane, South Africa (2018). The PUK-Choir is a choir that strives to make good music – to sing well goes without saying, but the core is to give heart, content, to the music. In this way music binds us together, moves us, and is our humanity and music served. Viva Musica! 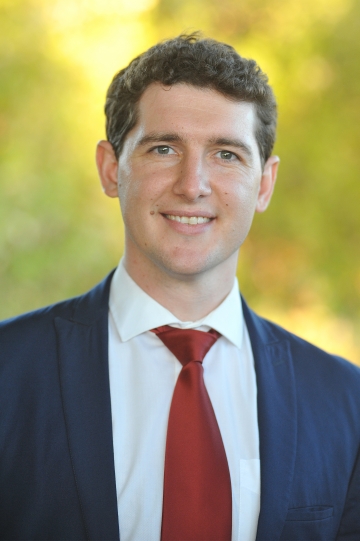 Kobus Venter began his choral life at the age of 7, singing in various choirs. In secondary school he was already engaged in conducting his school’s choir, and toured internationally as member of his youth choir. At university he was a member of the excellent choir of that institution, regularly being asked to conduct. In his senior student years he was asked to join the university’s elite a capella singing ensemble, the Boulevard Harmonists – of which he is now the musical leader. Kobus has degrees in music as well as accounting, and is currently busy with his Masters Degree (conducting). In 2012 he was appointed permanent conductor of the North-West University choir, and since then he has led the choir to what it is today – a choir with integrity, a high musical standard, and a wonderful joy to experience a variety of choral music with. After only a few years with the choir, they twice won two gold medals at the World Choir Games in Riga, 2014, and in Tswane, 2018. They also won the Publikumspreis at the Spittal International Choral Competition (Austria). Medals and prizes are fine, but Kobus’s passion is to make really good choral music. Viva musica!