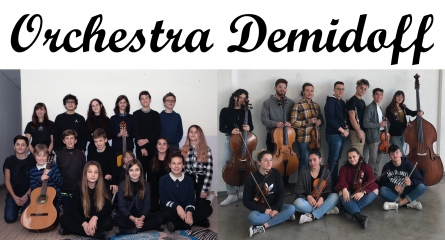 The Demidoff Ensemble has been set up trough a partnership between “Associazione Culturale e Musicale Demidoff” - Music School in Pratolino (Florence) and “Liceo Artistico e Musicale Walter Gropius” - High School in Potenza. It concerns a synergy among some students of piano, guitar, drums classes of Pratolino school and pupils of Potenza School ensemble music (flute, oboe, violin, cello, double bass) class. The educational aim is to create an ensemble where the piano is not used as a solo instrument but as a part of the orchestra. The didactic-musical encounter has been possible due common interests and orchestra leader and arranger, Mr. Duccio Bertini who in the recent few years has been a teacher at Potenza Conservatory. The program consists of unique, unpublished arrangements of Duccio Bertini that create an estafette of passages from Walt Disney, Queen, and film music by Ennio Morricone and Webber performed by an ensemble orchestra, drums and two, four hand, pianos where pianists alternate. 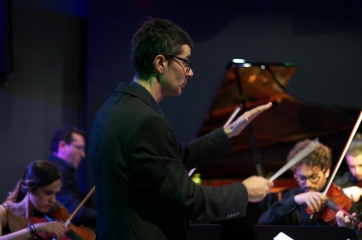