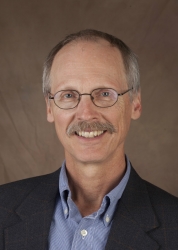 R. Paul Crabb, University of Missouri’s Director of Choral Activities, earned degrees in Music Education, Vocal Performance and Choral Music Education with a PhD degree from Florida State University. Since joining the faculty of the University of Missouri, his University Singers have been recognized as one of the premiere university choirs in the US. They were invited to perform at the National Collegiate Choral Organization’s 2010 convention at Yale University--one of nine choirs selected by audition. In 2010 they were also invited to perform at prestigious venues in Milan, Bologna, Rome and Salerno, sponsored by several institutions in these cities, as well as the U. S. Consulate General in Naples. In 2011 they were chosen to perform at the Missouri Music Educators Association State Convention and at the American Choral Directors Association National Convention in Chicago--one of only eleven collegiate American choirs selected by audition. Later in that same year they performed at the White House in Washington, D.C. In 2012 they were the featured choir in a residency with Peter Phillips of the Tallis Scholars. In January of 2013 they returned to Missouri Music Educators Association conference as one of three collegiate choirs for a special 75th Anniversary convention. In May of 2014 University Singers toured Austria and Hungary, concluding with a performance at the world-renowned Liszt Academy of Music in Budapest. Crabb leads an active career as guest conductor increasingly around the world. He served as assistant conductor at the Russian/American Choral Symposium for two years where his choir was invited as the resident American choir at the Moscow Conservatory. He served for one year as a visiting professor in Salzburg, where he taught and worked with the choir of the Salzburg Cathedral. He has taught eighteenth-century music in London, and studied sixteenth century polyphony in Italy with Peter Phillips. More recently, he served as Guest Visiting Choral Professor at the Liszt Academy in Budapest. In 2007 he was invited to lecture in the Choral Department at the University of Vienna’s Universität für Musik und Darstellende Kunst, prior to performing and lecturing that same year in Italy and Taiwan. In 2008 Crabb accepted the position as Resident Guest Conductor of the Baroque Orchestra of Domenica Cimarosa in Avellino, Italy, conducting performances in Italy, and recently he completed a recording project with the ensemble. Crabb was chosen as the resident conductor for the Dante Music and Arts Festival in Nagoya, Japan, during March of 2010. Since 2011 he has conducted in California, New York, Washington, D.C., Italy, Austria and Brazil. And in 2013-14 he returned to conduct in Austria, Italy and Hungary. Engagements for 2014-2015 include Italy, Austria, Slovakia and Sweden. Crabb is active as a clinician and conductor for district, regional and all-state choirs in the U.S. His published research has appeared in the MENC research journal Update and Choral Journal. He has also published editions of choral music with several major publishers in the U. S.