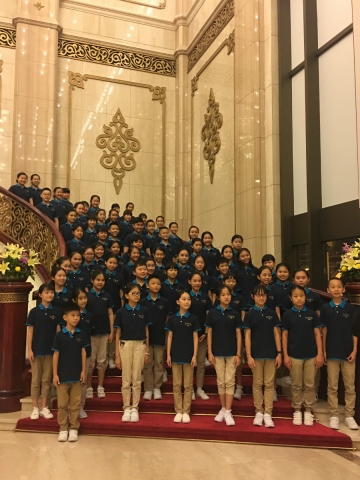 The Guangzhou Children's Choir is organized by the Guangzhou Children's Activity Center, was composed of children from various districts, which was formally established in January 2017. During the short period of its establishment, the choir has received great attention and love from domestic and foreign experts.In April 2017, Mr. Johannes Mertl, director of the National Opera House in Vienna, visited the Canton to do the rehearse for the choir. At the end of May, Mr. Meng Dapeng, director of the Children's Voices Committee of the China Chorus Association, flew to Guangzhou to guide the chorus. In July 2017, the Guangzhou Children's Choir, which was founded only half a year, made its first public appearance. The choir won the Golden Medal in 17th Taipei International Choral Festival, Excellent Conductor Award and Excellent Accompaniment Award. In November 2017, the Guangzhou Children's Choir completed the recording of their first album - "Departure". The Guangzhou Children's Choir now has more than 500 students.It is divided into: children chorus interest class - choir elementary class - choir intermediate class - choir advanced class - the performance group. Systematized chorus curriculum provision, professional and enthusiastic faculty team strength, to make the young chorus grow and grow rapidly. In the future, we will strive to make the choir to be a new business card in the city of chorus- Guangzhou. 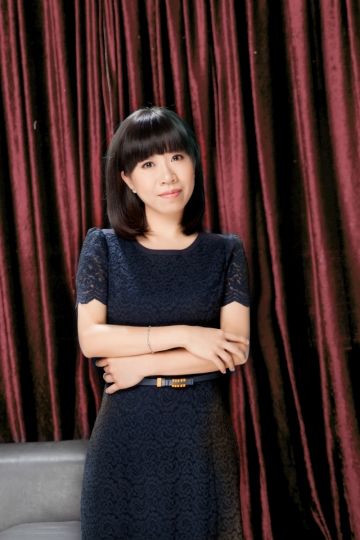 Deputy Secretary General and Standing Director of The Chorus Association Of Guangdong Provice. The young songwriter, who was selected to be the "first batch of literature and art masters" music municipal expert title in Guangzhou. In 2015, 2016 and 2017, she was awarded the title of "Outstanding musician of Canton" by Guangzhou Musician Association for three consecutive years. In 2016, after selection, was selected to study at Central Conservatory of Music by the China's top 50 training program "National Art Fund -- youth chorus command leader". In August 2017, leaded the Guangzhou Children's Choir, which was founded only six months, went to Taiwan for the 17th Taipei International Choral Festival.The choir, with an average age of 12, was awarded the Golden Medal, Excellent Conductor Award and Excellent Accompaniment Award with beautiful timbre and rich artistic expression. Tutored many primary and secondary schools in Guangzhou, participated in chorus competitions in both Guangdong province and Guangzhou, and won eight special prizes and 25 first prizes. Since 2013, she has been invited to be the artistic director of Guangzhou Liwan Children's Choir. The choir won the golden medal for the first prize in Children's category in the 12th China International Chorus Festival. In 2015, the choir won the golden medal for the first prize in Children’s category in Brahms International Choir Competition in Germany. In 2016, the choir participated in the 9th World Choir Games in Russia, and won the golden medal for the first prize in the champion competition of Gospel category. In April 2018, she was invited by The Chorus Association Of Zhejiang Provice to make a demonstration lecture in Hangzhou, Zhejiang province.