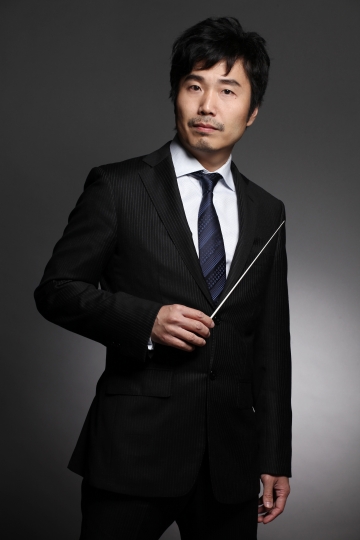 Founded in 2006, Ying Wa Primary School Symphony Orchestra (YWOSSO) is one of the finest school orchestras in Hong Kong. The team consists of 80-90 members and each of them has had their musical passion cultivated under the professional leadership of their Music Director Eleanor Luk Yin-hung and Chief Conductor Maurice Poon Po-choi. Every year, more than 80 passionate young musicians, aged 6-12, build up their repertoire of various styles and periods through the weekly rehearsals. They receive training which highly focused on the intonation, sound projection, phrasing and ensemble skills. Ying Wa Primary School conducts annual concerts every year which provides terrific classical music performance for the audience. They aim at training up one of the finest youth school orchestra in Hong Kong. The YWPS Symphony Orchestra joins different competition every year. Since 2009, they have won several prizes including gold medals and champions in Hong Kong Youth Music Interflows Competition as well as in Hong Kong Schools Music Festival Competitions. YWPS brings excellent classical music performances with the world’s finest musicians. In April 2012, YWPS String Orchestra members were honored to perform with players of Vienna Philharmonics under their leadership. In 2010 and 2011, YWPSSO has unique music learning experience with Jeremy Willams, the famous violinist at Hobart University. The orchestra continuously learn from Janoska Ensemble (Vienna) throughout the years. YWPSSO actively participates in overseas music exchange tours. In these tours, members have valuable opportunities to learn from the world’s finest musicians and educators. In 2013, the team was crowned international champion again, winning the 5th International Youth Music Festival (String Orchestra Category) and also winning the Grand Prize among the overall orchestra category held in Bratislava, Slovakia. In 2015, the orchestra joined the Summa Cum Laude International Youth Music Festival 2015: Vienna, with the excellent result of 1st Place with Outstanding Success in the Orchestra category - Chamber Orchestra with Winds. The team also performs locally for different important events. For example, in Oct 2013, the team was honored to perform in the Reception of The 64th Anniversary of the Founding of the People’s Republic of China. In April 2017, the team was again invited to perform in the Legislative Council in Hong Kong. 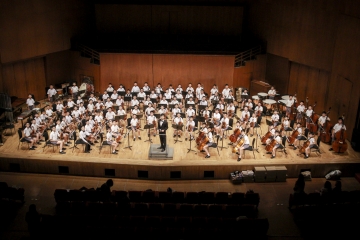 Poon, a Hong Kong contemporary composer and conductor, is also keen to promote music education. Poon has lots of experiences in conducting. Since 2004, with Poon’s strict leading and training, the orchestras that he led has continuously been the champions of Hong Kong Schools Music Festival for 15 years. Poon is now the chief conductor of the Symphony Orchestra, String Orchestra, Symphonic Band and Percussion Ensemble of Ying Wa Primary School. Under his guidance, all teams won the champions and gold medals in Hong Kong schools competitions and also in the international competitions. As a whole-hearted conductor, Poon trains the teams through his own style and rich experiences. On the other hand, he has learned the saxophone since he was small. After graduated from Hong Kong Academy for Performing Arts with distinction, majoring in Composition, Poon furthered his studies in Conservatoire de Paris and learned composition with composer Gérard Grisey.