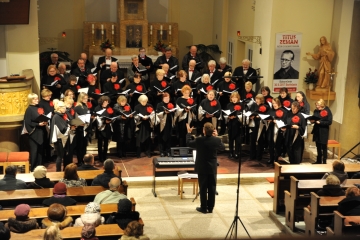 Mixed choir CANTUS has been acting since 1984 in the House of Culture in Bratislava – Ružinov. Its interpretative face was gradually formed by significant conductors like Zdeněk Bílek, Ondrej Šaray, Josef Búda, Pavol Tužinský and Blanka Juhaňáková The current art director is Juraj Jartim, who has been cooperating with the choir since 1999, and the new assistant choirmaster is Lenka Lennerová. The basis of Cantus´ repertoire is composed of sacred and secular acapella songs and extensive vocal-instrumental compositions introduced by leading national and international soloists, orchestras and conductors. The choir has been presented to the audience also by original pieces of Slovak composers and musical arrangements of songs created especially for Cantus. Cantus has performed concerts on major festivals, like Bratislava Music Festival, Bratislava Cultural Summer, Bratislava Cantat, Days of Europe, Musica Sacra – Nitra, Coronation Festival of the City Bratislava, World Day of Prayers, Umbrian cultural summer in Perugia etc. It has done several successful tours to the Czech Republic, Hungary, Italy, Croatia and the kingdom of Denmark. In recent years it realized several interesting creative projects, like profile CD-album Cantus Live II. (Sunday's Mass No. 9 from Jan Levoslav Bella), CD-album Baladikon in the cooperation with Trnava Chamber Orchestra and the new one CD-album "Cantus for Ružinov" presenting the Mass of St. Vincent de Paul composed by Juraj Jartim. Cantus regularly organizes concerts in the House of Culture Ružinov, Cyril and Methodius concerts and New Year concerts in the local church of St. Vincent de Paul, as well as the pre-Christmas concerts in various churches in Bratislava. In recent years Cantus has successfully performed several concerts also with the famous Slovak Chamber Orchestra. 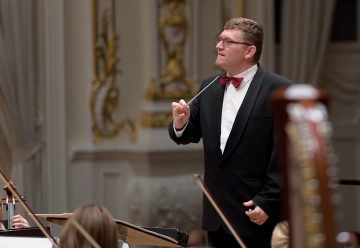 Mgr. JURAJ JARTIM, ArtD. (1970) After graduating in composition and conducting on the Bratislava Conservatory, he finished his studies of orchestral conducting at the Music University in Vienna and at the High School of Music in Bratislava. In the period from 1992 to 1994 he became conductor of the Academic choir TEMPUS. Since 1994 till 2007 he has been the choirmaster of the well-known technical high school music ensemble TECHNIK functioning at STU. Since 1997 he has been teaching on the Conservatory in Bratislava. Except of work as a conductor of opera studies he was working as teacher of conducting and theoretical studies of music and since 2012 he took the head of the Symphony Orchestra of the Conservatory. Since 2011 he has been teaching at the Department of Theory of Music of High School of Music in Bratislava. He is the author of several choral compositions and also makes arrangements for orchestral interpretation. In 1999 he began to cooperate with mixed choir CANTUS and since 2007 he become the main conductor of this choir.