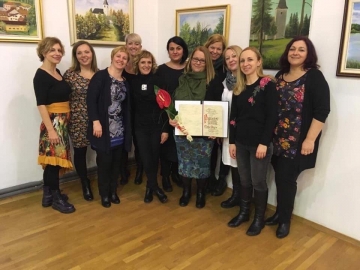 Vocal group Vivere was created in November 1994, so the singers will celebrate this year's fourth century of continuous creation. Throughout the years, they collaborate with a range of artists and individuals, from vocalists, instrumentalists, dancers, writers to jazz and rock'n'roll groups. Collaboration enriches and connects them. Vivere perform at home in Slovenia, as well as at competitions and festivals abroad, where they achieve very good results. It started with the gold medal won at the 2010 Slovakia Cantat International Competition in Bratislava. The beautiful Bratislava remained in memories of Vivere in many forms (ways) and they intend to rebuild them this year. In addition, Vivere also competed in Florence, Barcelona, Callella, Bosnia and Herzegovina, and attend every year at least one competition in Slovenia. They are particularly proud of Nadja Stegne, the conductor of the group, who holds the lion's share of Vivere's success. In July Vivere hosted a women's choir Wanderlust from Seattle in the United States and he audience was impressed by the concert. Since Vivere made friends with them, they are now planning the tour over the Atlantic next year, towards new adventures. This is fully in tune with the name of the group which the singers have proudly identified with for 25 years - Vivere - live and enjoy life to the fullest. 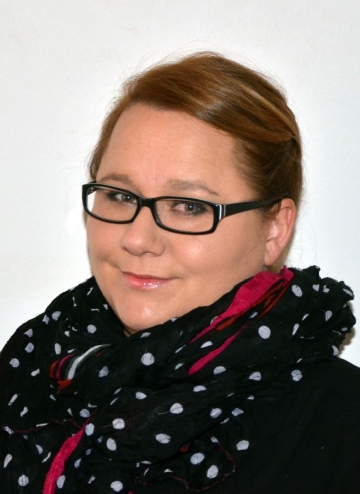 Nadja Stegne, professor of music, was born on 16.11.1982 in Maribor. She completed her diploma in 2007 and was employed as a teacher of music at the secondary and later elementary school in the Slovene Bistrica. With children's and youth choirs she has been achieving excellent results, the most impressed was last year at the international competition in the Czech Olomouc, where they received a gold medal with a win in their category, a prize of the audience and the Grand prix of the competition. In the framework of the Institute of the Republic of Slovenia for Education, since 2017, she is an active member of the JAZON project - distance education of students. She is also a conductor of the academic choir of the Faculty of Electrical Engineering, Computer Science and Informatics called FERI. From 2012 to 2017, she held several independent concerts with the world-famous choir Carmina Slovenica as an assistant, Karmina Šilec, and participated in the management of the Carmina Slovenica Singing School. Since 2014, Nadja Stegne is the artistic director of Vivere, Vocal Group from Slov. Bistrica, in which she sang herself several years ago. She has led Vivere to a number of awards at national and international competitions, such as in Barcelona, Calella, in the Bosnian Bijeljina and several competitions in Slovenia. Nadja Stegne, despite her youth, is a recipient of a series of awards and a plaque for excellent work and the conduct of choirs. However, that is just the beginning...