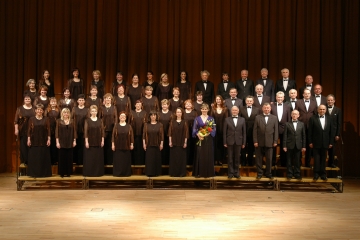 The mixed choir Smetana Hradec Králové belongs for many years to eminent vocal ensembles in the Czech republic for many years. It was established in 1922 and there are more than fifty active singers. The repertoire of the choir is very extensive, it tracks all musical periods from the Renaissance to the contemporary Czech and world original choir works and arrangements of folk songs. The choir focuses on great vocal and instrumental works both spiritual and secular as the choir has a unique opportunity to work with professional and amateur orchestras, first of all with the Hradec Králové Philharmonic Orchestra. Compositions like Stabat mater, Te Deum, The Spectre´s Bridge, D-major Mass by Dvořák, The Ninth Symphony with Ode to Joy by Beethoven, Requiem by Verdi, Bouquet of Flowers by Bohuslav Martinů, Glagolitic Mass by Leoš Janáček, the cantata Carmina burana by Orff, Magnificat by Vivaldi, C-major Mass (Coronation) by Mozart, Missa pastoralis by Brixi or Czech Christmas Mass by Ryba, this is a part of the repertoir. There are very famous choral scenes from well-known operas by Smetana, Dvořák, Verdi, Puccini and others. A number of outstanding conductors cooperated with the choir: Vojtěch Javora, Rudolf Krečmer, František Vajnar, Miloš Bok, Miriam Němcová, Jaroslav Kyzlink, Bohumil Kulínský, Andreas Sebastian Weiser, Peter Vrábel, Roman Válek and others. 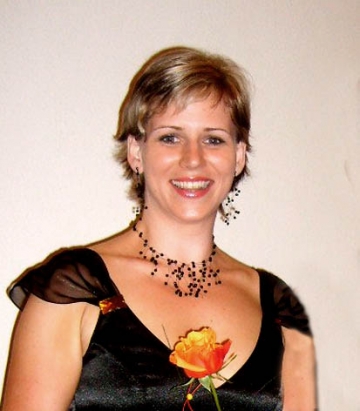 Lenka Lipenská graduated from the Pedagogical Faculty of Hradec Králové University where she specialized in Czech literature and Music teaching. Consequently she graduated from the same university with a degree in choral conducting. She took part in several choral conducting master classes led by famous conductors. Nowadays she works as a conductor of the children choir „Čtyřlístek“ at the Musical School in Ústí nad Orlicí. She has been working as a conductor of the mixed choir „Smetana“ Hradec Králové since 2006 as well.