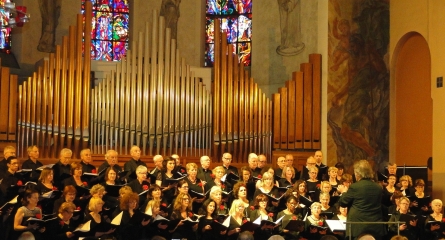 Flori Canti (France) is a choir from Paris comprising three full choirs: Flori, Canta Lex (composed of members of the Paris Bar) and Sarabande (choir from the suburbs of Paris). Created by Elisabeth Hadjiisky – a psychiatrist with a passion for singing – and a group of friends, Flori Canti now counts more than 50 amateur and professional singers. Under their conductor Tsvetan Dobrev, the choir performs regularly in Paris and many other cities and often participates in competitions abroad. Tsvetan Dobrev graduated from the State Academy of Music and was among the first composers in Bulgaria to focus on electroacoustic music. As a composer, he has won many prizes including the Grand Prix at the World Competition for Electroacoustic and Digital Music in Varese (Italy). Under his influence, Flori Canti’s repertoire includes polyphonic Bulgarian songs as well as sacred and secular pieces from all over the world. 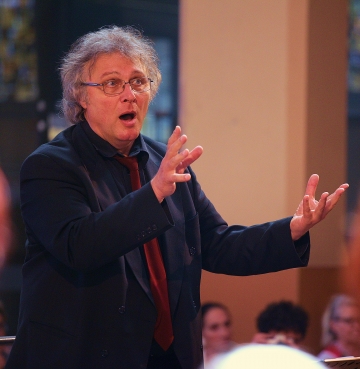 From almost the outset, our choir conductor has been Mr. Tsvetan Dobrev. Tsvetan was born in 1956 in Kazanlak,Bulgaria. Tsvetan graduated in piano, organ and composition specialising in Counterpoint at the Sofia Academy of Music in 1981. As from 1981, he worked for the Bulgarian National Radio. In 1982 Tsvetan was the first prize winner of the International Competition for Modern Composition held in Varèse, Italy. Thereafter, he took up a position to teach polyphony and counterpoint at the Sofia Academy of Music. Tsvetan moved to France in 1990 where he got involved in Music Pedagogy. In fact he even wrote an original English/French method in this domain published under the title of “Une synthèse de savoir musical”/” The Secret of the Craft”, Publisher: Archétype, Paris 2007. His compositions have been interpreted by choirs in many countries, i.e. France, Belgium, Bulgaria, Italy, Canada, The Czech Republic, Slovakia, and in Moscow, Prague and Bakou. Tsvetan also composes vocal, chamber and electroacoustic music. He has also composed the music for theatrical productions and for films etc.. He is the musical director of mixed choirs: Canta lex , Flori Canti, Sarabande, Orphée, and has performed with these choirs not only in France but also abroad (Austria, Luxembourg, Italy, Hungary, Bulgaria, Ireland etc.)