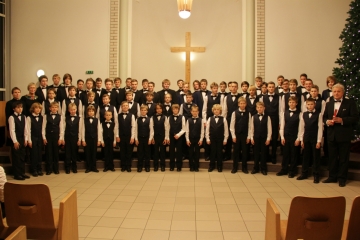 Tartu Boys’ Choir was founded on 29 April 1961 by the conductor Uno Uiga. The boys who sing in the choir mostly come from the choir school of Tartu Karlova School but there are also boys from other schools of Tartu. The repertoire includes the best pieces of the contemporary and classical choral music written by Estonian as well as the composers of other nations. Tartu Boys’ Choir has participated in operas and musicals staged at Theatre ’’Vanemuine“. Different concert tours have taken the choir to Latvia, Lithuania, Bulgaria, Belarus, Russia, Ukraine, Moldova, Kazakhstan, Kyrgyztan, Uzbekistan, Armenia, Azerbaijan, Georgia, Poland, Czech Republic, Germany, Austria, Denmark, Sweden, Finland and Ireland. For the contribution to the cultural life of Estonia the choir was awarded the title of ’’The Choir of the Year 2010’’ for successful performing at concerts, participating in musicals and operas and twelve International contests. 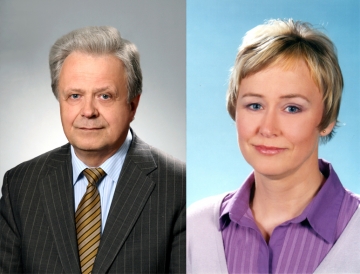 Mr Undel Kokk Since graduating from Tallinn Pedagogical University has worked as a music teacher-conductor in Estonian schools. Since 1974 he has been the conductor of Tartu Boys’ Choir. In 2010 Tartu Boys’ Choir was named the Choir of the Year in Estonia. Undel Kokk has conducted boys’ and male choirs at Estonian Song Festivals. Annelii Traks graduated from The Estonian Academy of Music and Theatre. She has worked as the conductor of Tartu Boys’ Choir since 1992 and since 1997 has been a conductor at all Estonian Song Festivals. She has been granted different scholarships for promoting choir music in Estonia, she is also a finalist of “Deed of the Year” - a competition to determine which event from the previous year deserves to be declared the best in Estonia.