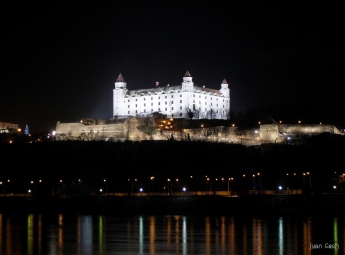 The Slovak capital is dominated by its castle situated on a green hill overlooking the Danube river. The first human settlement of the area dates back to the times of Celts.

The castle was the seat of Hungarian kings, but the archaeological research shows that the castle had had a crucial historical role already in the period of the Great Moravian Empire in the 9th century. Today the castle is undergoing a big reconstruction and it has recently acquired its original baroque white walls.